While on one of his morning walks, Jim counted eight deer in the field behind our woods garden.  Early last summer, we spooked a fawn not 20 feet from our back gate. Neighbors tell me they have watched deer cross the road (first looking both ways), just east of our back fence. And while we were gone a couple of days last October, the confounded woods rats wandered into the garden while in rut and totally destroyed a beautiful little Japanese maple, snacking on a couple of oak leaf hydrangeas and hostas on the way. Shortly after that, in broad daylight, there was a big buck just behind the workshop. 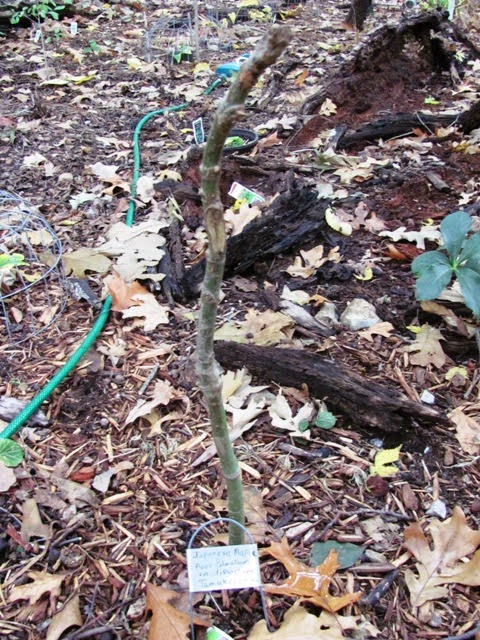 I do love watching deer. They are beautiful, graceful, magnificent animals, and I never see them without catching my breath. I don’t like to think about killing them, even though I know deer harvesting is necessary for conservation of the deer as well as of the forests. 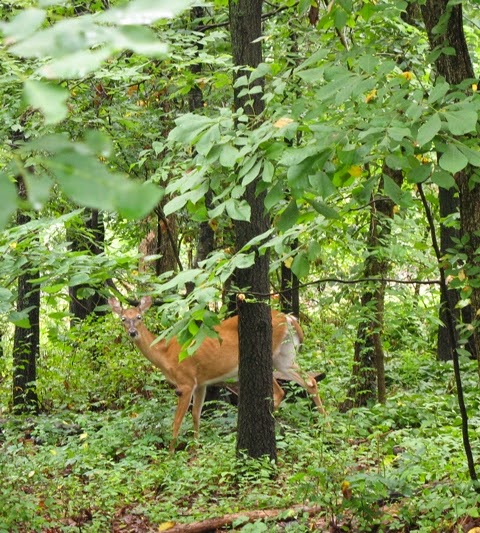 But I do not love them in my garden. They don’t know that, though, thinking my lovely hostas and hydrangeas quite tasty, much preferred over all that lespedeza and tender native stuff growing there Out Beyond where they bed down in a wild cherry grove just outside the gate. A strip of woods runs along the north side of I-44 from South Main to Range line in Joplin, a half-mile wide in places, less than a block away from our property. It supports a large herd of deer, with, of course, no hunting inside city limits, so there is no control here, except for those which meet their ends on the interstate.


Though many plants are reported as deer resistant, hungry deer will try just about anything, at least once, except daffodils. My precious hostas are salad for them; a deer or two can totally level a hosta bed overnight. We have tried just about every defense against their gluttonous ways, short of electric fences and a Rottweiler. There was limited success with commercial rabbit and deer repellents, but those are expensive, and most have to be reapplied when it rains.  We made wire cages like cloches to put over our best plants; while that does work, it isn’t the best look for the garden. We have tried hanging bars of soap, human hair, garlic, wind chimes, and lots of human presence. They learn to ignore all of them, as well as things that make motion out there and are supposed to scare them. We’ve mixed up noxious homemade sprays with lots of unsavory, smelly stuff like eggs, dish soap, garlic and hot peppers, but that only lasts until it rains; then they are in there again as soon as we turn our backs, probably snickering as they lunch on the hydrangeas.
The trick, I am told, is to change their habitual trails in spring and then again in late fall. I learned from a PBS program that deer do not see well at all during the day, only shapes and movement, but have excellent night vision. Their sense of smell is 80 times that of a dog, so they rely mostly on scent to find those tasty bits, and to avoid things that really offend them; which is why human scent and other strong smelling things sometimes work. Then I read that a commercial daylily and hosta grower tried using a tiny dab of Vicks Vaporub on her daylily buds, with great success. Apparently the strong scents of eucalyptus and camphor are intolerable to them, and it doesn’t wash off with rain. It does have to be reapplied once a month as it eventually loses the smell. Sure sounded too easy, right?


But I tried it, smearing the stuff on bamboo stakes around the garden; on gate posts and fences, on rag strips hung from Japanese maples, dogwoods and apple tree. It appears to have worked. We did not have deer in the woods all last summer, except for twice when I forgot to refresh it; when they destroyed the Japanese maple, and when that big buck checked it out.
This past winter brought them out of the woods, however, apparently looking for food. We found tracks in the snow in our backyard as close as 10’ from the deck, up and down the streets, in our neighbors’ yards, everywhere. But not one single track in our woods garden where I had used Vicks. We even saw them hanging around outside the fence.


These spring evenings they have been seen milling around in the yard of an empty lot next door, five of them. A new jar of Vicks is definitely in order to halt their trespassing ways early as the hostas start to grow; in fact starting this week, and a maybe a quart of Repels-All to boot.
It might even work on the heuchera-munching groundhog that has moved in under my studio; but groundhogs hate black pepper, so we will just sprinkle that over her favorite plant foods. She also likes violets, but she can have all those she wants. 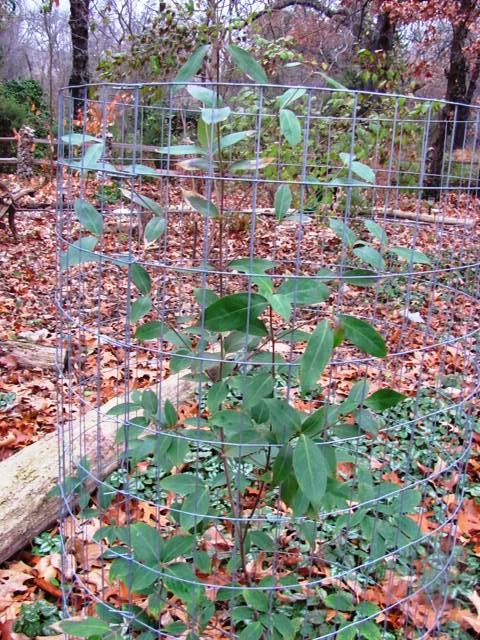 Even so, my Mama didn’t raise a foolish child.  I still don’t trust the Vicks remedy completely. I’ll keep wire cloches around many hostas and a 2x4 wire cage around our evergreen dogwood. I should have caged that Japanese maple!