A Look Back: What a Difference a Month Makes! 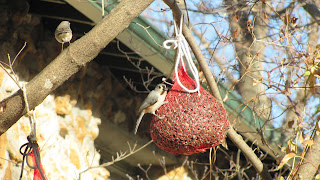 It's about time for the "January thaw" by the calendar, and by the looks of the weather forecast, too, at least for the Ozarks. Though we have already had a thaw or two; our weather patterns have been swooping up and down like a berserk carnival roller coaster for a couple of months now, one day 50F and two days later 0F then back up into the teens with a few inches of snow. It goes from bleak and cold to chilly and muddy with occasional flashes of some yellow thing in the sky, but that doesn't stay long enough to know for sure just what it is. Crowds of finches, juncos, chickadees, nuthatches, wrens, titmice and siskins flutter in the dogwood tree like so many vari-colored leaves, fighting over space on the sunflower feeders, with occasional punctuation by jays, woodpeckers and cardinals that send the whole flock of smaller birds momentarily scattering to shelter in the forsythia.  Birds don't seem to mind what the weather is, as long as there is a full buffet!
On those days when there is a sun-kissed breeze, I love making forays into the winter garden world to see who's awake! 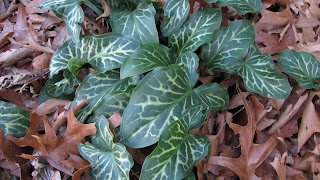 Arum Italicum "Pictum"
I love these green variegated leaves in the winter. Arum Italicam is reputed to be invasive but it has not been proved so in my garden. 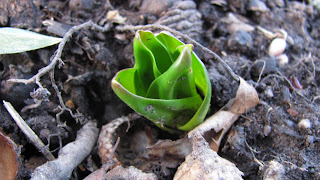 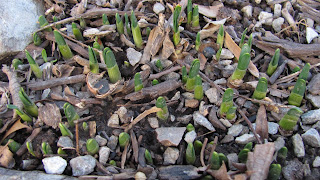 Early daffodils will be blooming in a couple of weeks, in mid-February 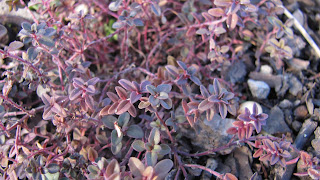 The succulent garden is a rainbow of  color! 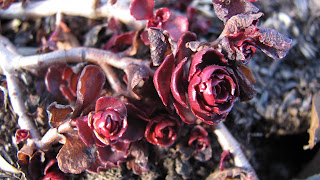 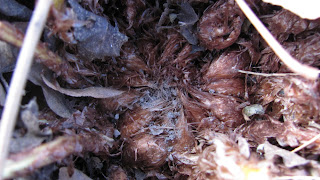 Who's hiding in here? It looks like a tarantula, all curled up under the leaves, but it is a sleeping fern, fronds all coiled to spring with the first balmy April weather! 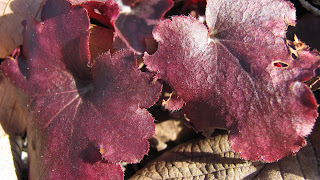 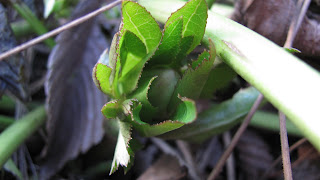 Peek-a-boo! A hellebore bud will soon be sticking her pretty head out to greet the February sun. This plant will be crowned with hundreds of mauvy-pink flowers. 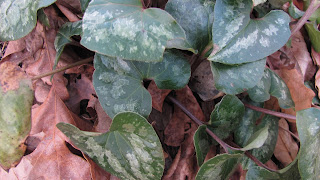 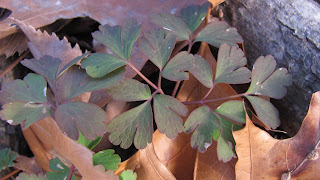 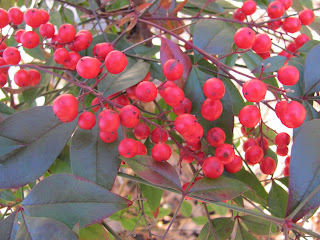