This has been a bumper year for a lot of things; berries, acorns, walnuts, hickory nuts—and squirrels. The little stinkers are everywhere, chasing each other, playing tag up and down the trees, chattering with tails flickering, scolding, sitting on the tree above the deck showering black walnut bits on any hapless person who happens to be passing underneath, burying acorns in the flower pots, digging up the bulbs I just planted, but still charming even the most ardent squirrel-hater with their antics. The squirrel population rises and falls with available food, and this year there has been plenty of that, so if there seem to be more squirrels than ever, there are.


Our bird feeders are full of sunflower seed, at least temporarily. Five minutes after they were filled, nuthatches and chickadees were flitting in and out, and—squirrels. They were hanging upside down by their toes from the hangers, jumping from tree to feeder, setting it swinging wildly so birdseed would fall out and they could eat it from the ground at their leisure. 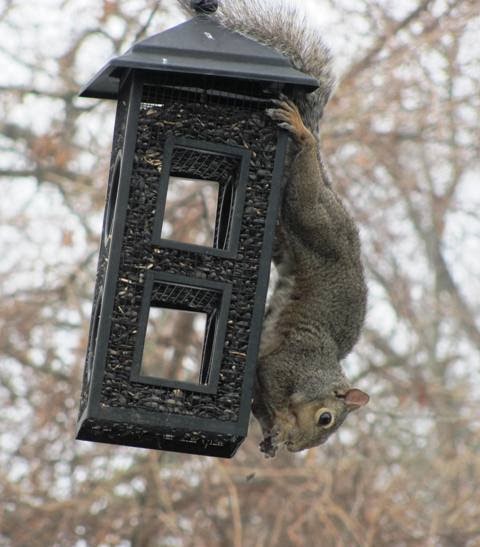 I have heard rumors of bird feeders that are squirrel proof, and I don’t believe it. If there is a will, there is a squirrel way to defeat every attempt to keep them out. A “squirrel-proof” feeder is just a challenge, a Rubik’s Cube for rodents, and they will solve it. I have tried different types, and after I watched them make a few failed attempts, have seen them sit in a tree, thinking, and sure enough, in another try or two, they have figured it out and are into the sunflower seeds again. They even work in tandem, using teamwork to get at that seedy treasure trove. Sometimes I think they really don’t care about the seed, they just like to prove they can get it! 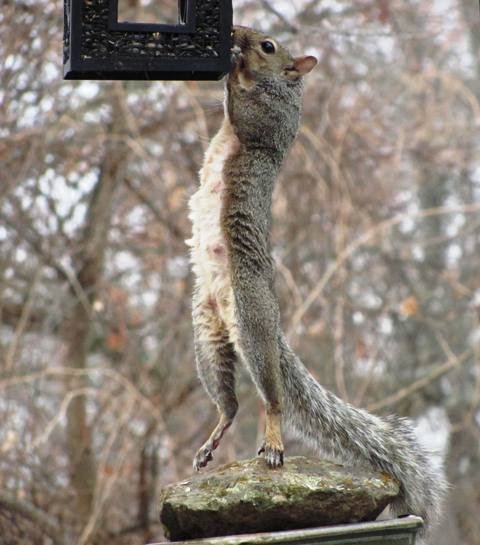 So I don’t even try to fight it anymore. I know when a battle isn’t worth the effort, and I would be very sad if I never saw a squirrel again. There are better ways for the squirrels and I to coexist. Some cute corn feeders are on the market, and there are patterns for home made ones involving mason jars or PVC pipes that present a puzzle for them, and we know they love a puzzle. There is even one that spins, and flips them off, but I think they actually enjoy the ride. 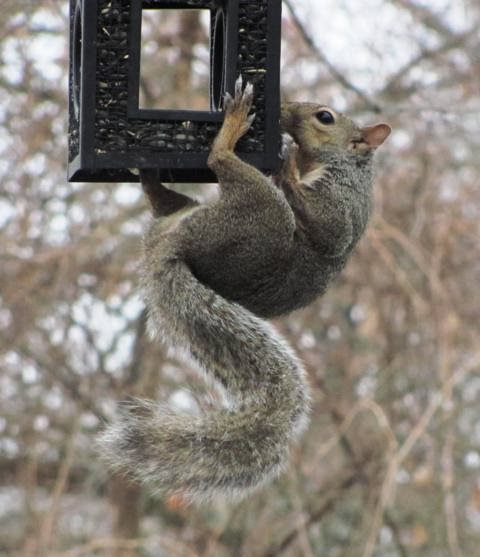 Feeding the birds safflower seeds, which squirrels reputedly don’t like, might be a choice, but not all birds like them either and they are expensive. They don’t much bother with thistle seed, and can’t get it out of the feeders very well, so that is an option. Finches, chickadees, and nuthatches like it.  We feed with black oil sunflower seed in the feeders exclusively. Almost all birds like that, except the sparrows. Some wild bird seed scattered on the ground takes care of them and the doves. 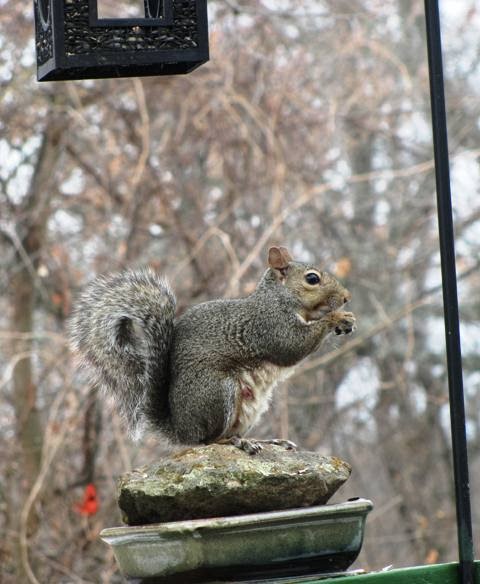 This mama needs plenty of food to feed her babies!

Dusting birdseed with cayenne pepper might work, as birds aren’t affected by it. I am always meaning to do that but I never remember until the feeders are already filled. Providing an open platform feeder with peanuts and corn might be one way to go, the thought being that they will go for the easy food rather than work for it, and leave the other feeders for the birds that you want to feed, but I rather enjoy the entertainment value of watching them try to outsmart and get the best of the silly humans. Squirrels are really such squirrely fun! 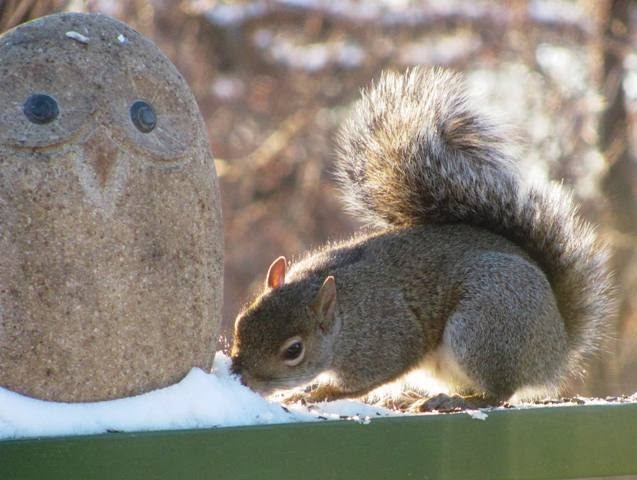 Email ThisBlogThis!Share to TwitterShare to FacebookShare to Pinterest
Labels: squirrels