In My Friendly Little Garden Plot, Do My Plants Behave? No,They Do Not!

If there is one thing I've learned gardening over the years, it's that plants seldom do what you expect them to do, and almost never give you the kind of garden you have in your mind's eye. And they apparently can't read, either, because they simply seem to ignore what the catalogs say about them. Nor do they pay much attention to what the nurseryman or garden expert says they should do. They either grow well under conditions that they are supposed to hate, or die immediately if you treat them tenderly with the right soil and everything they are said to love. They bloom at the wrong times to be good companions to each other, in spite of the catalog pictures, or infiltrate and choke out their neighbors and then romp merrily under fences, walls and sidewalks to grow in neighbors' yards, completely abandoning your own nice sunny borders to live under a black walnut tree in the shade.


Not that there aren't perfectly well-behaved perennials that mind their manners perfectly, stay put where they are planted and bloom beautifully year after year with no issues. And we love them. But if there is even a hint of wild parentage in their lineage, they can't be trusted for a  minute. 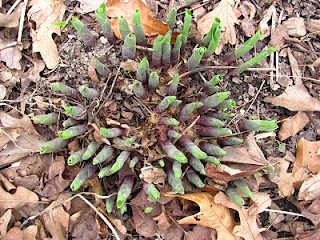 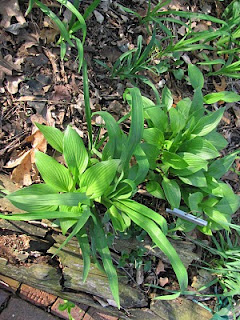 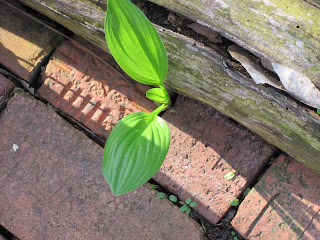 Sometimes they cause you to have to dig up patios to get them out. 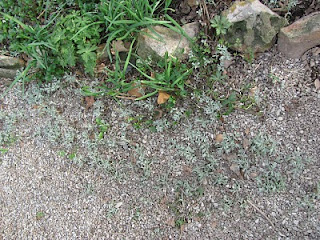 Artemesia "Silver King"
You want them to grow in the nice bed you've made for them, they want to grow in the gravel path. I've threatened to dig up all the flower beds and mulch them with a 2" layer of gravel, and plant all the perennials in it! 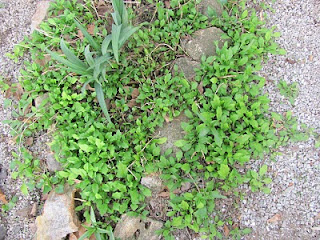 New England Asters--let them out of the colonies and they are ready to settle the rest of America! 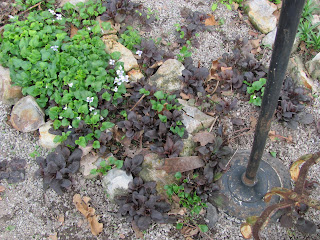 And never, ever, turn your back on a lysmachia!
Learning to decipher plant descriptions is helpful. "Reseeds well" can mean it's really just a pretty weed. Salvia lyrata "Purple Knockout"?--now there's one. I was excited when I first saw it. Now I would be excited if I could get it out of the garden!  I knew it was going to be trouble when I found it growing wild by the roadside, after I bought a pot of it. The birds and wind scatter the seed everywhere, and it can't be deadheaded fast enough. Garlic chives? I think it will be here long after I'm gone, and maybe the only thing left. Well, except for the Star of Bethlehem (ornithogalum), violets and autumn clematis. 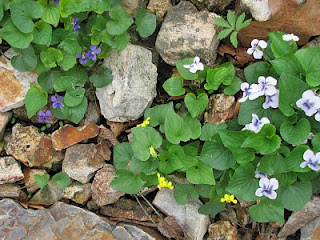 Some of the many beautiful varieties of violets that grace my garden in the spring.
But reseeding isn't always bad, if you are a native plant lover and like black-eyed susans, echinaceas, and other wildflowers (weeds?) popping up in odd corners. They can always be transplanted, or there are always innocent new gardeners who would love to have all your extras that you dig out. Even with dire warnings. I once gave some perennial sweet pea plants to a friend who insisted, vociferously, that he wanted them, no matter what I told him about their wanton ways and their roots that get as big as your wrist and go 3' deep. About three years later, he told me that he finally understood what I was trying to tell him and was buying some Roundup.
"Colonizes readily" usually means the same thing as "stonoliferous" and "spreads rapidly". This term can also include some bulbs and vines. Several years ago I planted a Dutchman's pipe vine (Aristolchia fimbriata)on a fence.  It runs underground and comes up everywhere, and I was going to pull it all out--but I found that it is a major food of the pipevine swallowtail caterpillar, and every year there are hundreds of the big beautiful black and orange caterpillars on my plant--so of course, I can't get rid of it now!
As for hardiness zones, unless it actually says "tropical" on the label, or "zone 9-10" I take them with a grain of salt, and sometimes let the plant make up its own mind. A jasmine nudiflorum, which was labeled zone 8 when I bought it, has flourished in a sunny, open spot here in my zone 6b garden for many years. 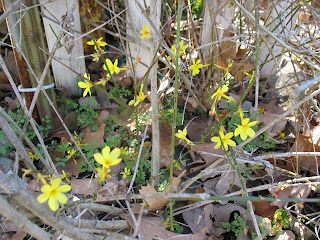 Sure, some years a January freeze gets the blooms, but when it makes it through unscathed, it is a wonderful spot of sunshine in the deepest part of winter.
I recently read that agapanthus, which I grow in pots, is hardier than was previously thought, so when I repot it this spring I am going to plant some in the ground. We shall see about that. A tradescantia known to our grandmothers as the houseplant "Purple Heart" is being sold in garden centers as a ground cover. We shall also see about that.
The late Chrystopher Lloyd, undisputedly one of the great gardeners of the world, and noted writer once said that he never recognised a plant as not hardy until he'd killed it himself.
Exasperating, unruly, unreliable, and undisciplined  as they are, I still love them all. Their beautiful faces always seduce me and make putting up with their bad behavior worthwhile! 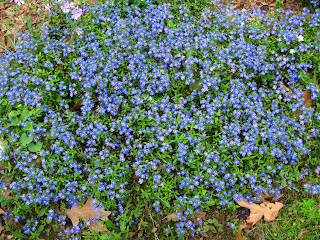 Campanula carpatica blue
Posted by Isadora at 1:48 AM